This is one of a few essays I wrote during lockdown, about Covid-19 and its impact. I just retooled it for submission: 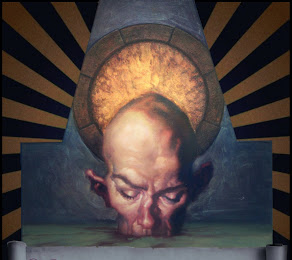 2020 is destined to go down in history as a year we’d all rather forget—from the Covid-19 pandemic that’s killed thousands and decimated economies, through incidents of police brutality and subsequent civil unrest, right up to the unprecedented insurrection on Capitol Hill.  A year into the pandemic that’s changed everything, we’re still struggling to make sense of it. Every crisis is an opportunity, many parrot, with a nod to pandemic-as-impetus for paradigm shift, as is the way of human history. Many speculate about which ideologies, institutions and conventions are being ushered out by this most vivid illustration that patriarchy and imperialism (for example) have failed us for centuries. Such models, along with the exploitation, capitalist greed and oppression they spawn, are little more than dinosaurs farting obsolete dust. Long before our common enemy—a spikey microorganism, with a crown, no less—ostensibly jumped from animals to humans, things were coming to a head. The world over, nationalist and globalist ideologies were duking it out. Post-Covid, most can agree to the prevailing irony: at the precise moment we’ve been forced into isolation—separation—a tiny virus that knows no borders has taught us just how interconnected we are.

I was born in 1968, at a moment when the world was on fire—much as it is now. A quick Google search will yield that during the year of my birth, both Martin Luther King and Robert Kennedy were assassinated, the Democratic National Convention in Chicago brought one of the lowest historical points in police brutality, and the most contentious of the civil rights demonstrations took to the streets.

The following year, 1969, brought both Woodstock and the moon landing. History has framed Woodstock as the quintessence of our interconnectedness—the very picture of communion in action. The moon landing exemplifies man’s ever-evolving march toward realizing our capacity. Neil Armstrong’s declaration, “one small step for a man, one giant leap for mankind” succinctly voiced the paradigm shifts that yield possibility. Outdated thought forms like man cannot fly regularly dissolve and give way to new, more innovative ones, putting us a bit closer to our human potential. In fact, the very protests that cast shade on 1968, contentious as they were, proved essential to effecting lasting, institutionalized social reform.

The seeming disparity of these back-to-back world events can be easily explained: crisis yields opportunity. Strife signals change. It is well known that man transforms through conflict resolution alone. On the microcosmic level, individuals resolve cognitive dissonance by synthesizing opposing thought forms into new, novel ones. On a macrocosmic, or societal level, the status quo prevails until unrest—activism, protest and demonstration, even storytelling and art—upend it.

Long before the pandemic hit, divisiveness was the word of the day. Most evident in the political arena, polarized agendas and platforms have led to nothing short of an impasse. Or more accurately, one standoff after another. Threats of government shutdown blend seamlessly one into the next. Each political party points the finger at the other for the current state of affairs, each administration blaming the last while erasing its progress via executive order. Talking heads posit that the incorrigible conduct of our leaders began with Newt Gingritch or the Whitewater Investigation or the spawning of Nancy Pelosi by aliens, with the inception of CNN or Fox News or MSNBC. No longer tempered by the lost art of rational discourse, these conflicts fester as seismic rage, revealing cultural fractures in a myriad of other areas—tiny fissures that have widened to rival the Grand Canyon, not a bridge in sight. Our ideological divides mirror those of developing countries that have birthed uprisings, insurrection, coups, and revolutions. The Arab Spring saw the overthrow of corrupt dictators and oppressive regimes at odds with personal liberty and justice. In the Western world, many of our differences, while couched in social, moral, or ethical terms, boil down to opposing worldviews.

Society is conflicted because individuals are conflicted. The inner turmoil leads to a digging in of heels and an impulse to take refuge in identity politics—the tribal instinct to bond that oversimplifies political platforms and forges common enemies. Among the fractures are, starting with the obvious: left versus right, conservative versus liberal, and Democrat versus Republican. But the worldviews that attract individuals to one platform or another are subtle concoctions of other imaginary divides inherent in social conditioning: science versus faith, (or empiricism versus rationalism, respectively,) the war between the sexes, between patriarchy and gender equality. Ageism versus youthism (or ‘Boomers versus Millennials’) capitalism versus socialism, left brain versus right, nationalism versus globalism, Western medicine versus Eastern, (which correlate, arguably, with mechanistic or holistic models,) and racism versus tolerance. The above is not a laundry list of societal ills, but it is the tip of an iceberg. And now the clincher: the divisive tropes are all illusions. Stay with me.

All abstract concepts rely on semantics. Ideas appear diametrically opposed due primarily to the insufficiency of language and a lack of perspective. Socrates introduced what is now known as the ‘Socratic method.’ He found that if enough questions were asked, any definitive statement about the material world could be disproven, due to flux. An understanding of the Socratic method is all that’s needed to grasp the role of perspective, subjectivity, or point of view. But humans tend to be emotional learners; compassion and empathy for ‘the other’ are just as germane to considering other points of view. Studies have shown time and again that reading (a pastime that seems to have gone the way of the Dodo) cultivates compassion. Specifically, reading novels in which one identifies with a protagonist for pages on end and invests in his or her goals. As a fringe benefit, tolerance is learned when literary fiction is set in cultures other than one’s own. With movies, sports, and other forms of live entertainment taking a back seat during Covid, this author often fantasizes reading will make a comeback. But then my inner Cher slaps me upside the face, Moonstruck-style, and tells me to snap out of it; there is still plenty of T & A for folks to scroll through on Insta.

Abstract ideas also appear diametrically opposed due to what I call the Grand Illusion: the human compulsion to create opposites. This ‘black-and-white’ mindset is most dominant in Western culture: the drive to label everything in existence good, bad, right or wrong, from another’s faith to his sexual orientation. We could all benefit from a more eastern understanding that the Yin cannot exist without the Yang, the darkness without the light. That balance and harmony are innate when both are assigned value. That everything in life is neutral except our response to it, and all pendulum swings have value. The Kybalion, based on Hermetic principles that predate Christ, speaks of gamuts. Rather than polar opposites, most concepts can be thought to exist on a continuum with extremes. Though the extremes are on opposite ends of a conceptual stick, they are not mutually exclusive.

Americans on both sides of the aisle are guilty of living in an echo chamber, blaring either CNN or Fox news but rarely both. Forget about PBS or Al Jazeera. By refusing to live in bubbles by surrounding ourselves with only the likeminded, by resisting identity politics and cherry picking as active confirmation bias, we might eventually find objectivity, and practice it. We might learn to be judicious.

I have always subscribed to the idea that change begins within. Michael Jackson suggested we all start with The Man In the Mirror to effect change. Mahatma Ghandi wisely counseled us to ‘be the change you wish to see in the world.’ We all know Ghandi is beyond reproach, in the way of Mother Theresa and Meryl Streep; the three can do no wrong. They are not just pillars, but—dare I say—a collective holy trinity of wisdom. And impeccable acting technique. Put clinically, the micro affects the macro when it comes to cultural change and paradigm shift.

In addition to serving as a Rorschach test for the masses, the recent health crisis known as Covid-19, or conversely, quarantine, lockdown, or  #Coronaapocalypse—take your pick—has forced many to spend time with their own thoughts. For some, this means a return to their true essence or childhood self; to others, it means anxiety, panic and outright terror. ‘Doers’ are confronted with guilt for not accomplishing enough, for being self-indulgent or lazy. Speaking for myself, I can’t help but see this moment as a mass opportunity for individuals to get to know cobwebby corners of their minds, to witness their own thoughts and feelings without diversion. As an artist and writer, I have spent my adult life touting the value of introspection. Some have called the current lockdown ‘an introvert’s dream.’ Guilty as charged. Being a freelancer who works from home anyway, and having already been in self-imposed isolation due to health challenges, very little changed in my life in 2020, short of the inability to score toilet paper without resorting to the black market. Still, my secret hope is that individuals will take this opportunity to reflect. To reconcile their beliefs. To synthesize opposing thought forms and integrate the compartmentalized worldviews at the root of so much strife. We are being called upon to choose love over fear, to rely on our compassion and empathy and acknowledge our interconnectedness.

As an artist, I’ve seen beyond social conditioning from day one. I’ve often wished others could resist conformity and begin to question the status quo. In the new millennium, I’ve finally gotten my wish: folks are attempting to topple power structures and question every last institution. The thing is, the masses are not particularly practiced at it. What one gets is a Pandora’s box of conspiracy theories—a cultural paranoia.

But it’s exciting and promises change—assuming we can get a handle on fake news and regain trust in our fact-checkers and media. A few weeks ago, speaking with my sister by phone, I shared my thoughts on bridging divides—healing a fractured world from within, one heart at a time. With the caveat that the sentiment was very idealistic, I asked rhetorically how the collective could possibly not transform and evolve as a result. I made a good case—pointing out how all global paradigm shifts start with one rogue movement that challenges the status quo, eventually reaching critical mass. I may have even quoted John Lennon, to put myself in the best possible company. If John Lennon could solicit us to Imagine utopian ideals, so could I.

Considering how I qualified my premise, my sister’s reply was unexpected: “That’s very Polyanna.”

I thought about it. Is it? It’s been said that most wars have been fought under the guise of religion, if only to justify land grabs or the usurping of power. In that way, the evolution of our invisibles—the intangible realm of our ideas, beliefs, morals, ethics, principles and codes is no small thing. The French Revolution and the American Revolution took place at the same moment due precisely to the overriding global philosophy of the time: sophism. It touted personal liberty, justice and equality above all else. When one studies the evolution of philosophy, all world events are explained under its umbrella. Cutting edge thought forms are ever in transformation, driving world events. Is it such a huge leap to accept that those ideas that take hold begin with a handful of courageous individuals?

“It may be Polyanna, but it’s everything,” I insisted, defending introspection for the thousandth time. “The world without reflects the world within.” And then, for good measure, I roped in Martin Luther King:

Though the arc of the moral universe is long, it always bends toward justice.